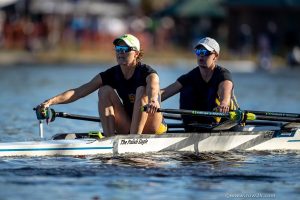 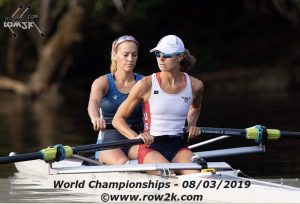 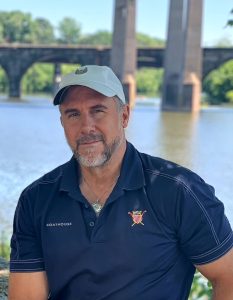 Coach Sean Hall, who is a Level 3 certified coach and has been in the sport of rowing for nearly 40 years, beginning his coaching career in earnest in 2001 immediately following his 3rd Olympiad as an oarsman. From 2001 – 2004, he coached alongside Igor Grinko at the Augusta Training Center, which was started by Grinko immediately following his departure from USRowing as Head Sculling Coach. In this role, Sean formed the trials-winning LM4x which finished 4th in the 2004 World Championships in Banyoles, ESP. In 2005 Sean followed in his mentor’s footsteps and took a position coaching in China (Fu Jian province) as Head Women’s Coach, bringing the team its first-ever medal in the W8+ at the Chinese National Games, a result which earned him and invitation to return 3 years later.

Following the 2009 National Games, Sean moved to Hong Kong to work with the HK National Team, and then on to the Royal Hong Kong Yacht Club (RHKYC), where he was the only coach in Hong Kong history to bridge the divide between club, university, and national teams with his University Elite Program. In this program, Hong Kong university athletes got their first-ever opportunity to race in the West (San Diego Crew Classic), and under the banner of the RHKYC. Several of these athletes then went on to qualify for the HK National Team.

After a brief stint in Taiwan in late 2014 to early 2015, Sean returned to the US and took on the position of Head/High Performance Coach at Penn AC. At the time, Penn AC had only 6 athletes and had not seen a Trials victory since 2006, but by the end of 2016, Penn AC athletes had won Henley, Canadian Henley, US Nationals, Head of the Charles, Head of the Schuylkill, and the Fall Speed Order. 2017 (and every year since) saw PAC athletes winning World Championships trials for the first time in over a decade. From 2017 – 2021, PAC athletes competed in 3 World Championships (M4x, M2x, LW4x, and LW2-), 4 World Cups (M4x, M2x), Amsterdam, and Henley. Sean is a 3-time Olympian and 5-National Team athlete, in both sculling and sweep. He began his rowing career at W-L H.S. under the tutelage of Charlie Butt Sr., and is a graduate of Rutgers University where he rowed with fellow Olympians Bob Kaehler (’92, ’96, 2000), Jeff Klepacki (’92, ’96, 2000), and Jim Neil (’92,’96).

Sophia started rowing Freshman year of college at the College of William & Mary on the club crew team. While in school, Sophia’s top finishes include third in the Novice Women’s 4+ at the American Collegiate Rowing Association (ACRAs) Regatta in 2017, First place at Head of The South 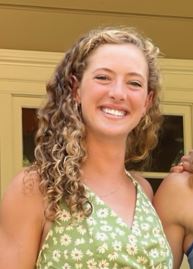 She is a three-time 2019 Royal Canadian Henley medalist in the Women’s U23 LWT 1X, 2X, 8+, and the Women’s Senior LWT 4X. After graduating from William & Mary Sophia trained with Riverside High Performance and Penn AC High Performance teams. While with Riverside she raced at Olympic Trials, finishing fourteenth in a competitive open weight field. Following this race, she joined Penn AC’s HPG team and raced with Cara Stawicki, winning first place finishes in the Women’s open weight 2X category at the Independence Day Regatta, Head of The Schuylkill Regatta, and The Head of The Charles Regatta in the Championship double.

Following a successful season in the double, Sophia finished sixth at the 2021 USRowing Fall Speed Order and second at the 2022 USRowing National Selection Regatta. 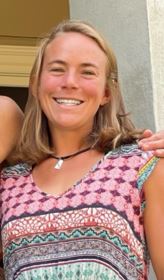 While racing with PBC she placed 4th at Head of the Charles in the Women’s Club 1x, 3rd at Head of the Schuylkill. She also placed 3rd at the USRowing National Selection Regatta in 2022.

Cara is a two-time US National Team member and 2019 World Champion in the Lightweight Women’s Pair. 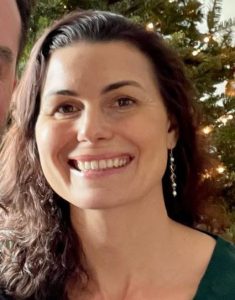 Cara started rowing in 2001 as a freshman on Lehigh University’s Club Crew team. Senior year, she served as Team Captain and was recognized as Athlete of the Year and the Most Valuable Female Rower. She continued at Lehigh for a fifth year as part of the President’s Scholar Program, earning her master’s degree and volunteering-coaching the Men’s Novice Crew Team.

In 2006, Cara moved to Philadelphia and joined Undine Barge Club where she learned to scull. Her post-collegiate career started with Intermediate and Senior events on the Schuylkill River. Cara worked her way up through the club system and, in 2012, transitioned to lightweight rowing and immediately earned two notable wins–gold in the lightweight single and pair at USRowing Club Nationals.

Cara is a seven-time US National Champion and six-time Canadian Henley gold medalist. Her wins in Canada include three in the Senior Light Double and one in the Championship Pair. Most recently, Cara and teammate Sophia Luwis competed as open weights and won Head of the Charles Gold in the Championship Double.

Cara shares her experiences in rowing on her personal blog, carastawicki.com. She aims to support young athletes and contribute to the growth of the sport. 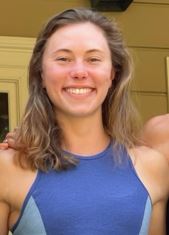 Elizabeth started rowing in high school at Buckingham Browne & Nichols (BB&N) and competed in the NEIRA league. She attended the Massachusetts Institute of Technology (MIT) and was a four-year member and captain of the varsity Lightweight Women’s Division 1 Team, racing at IRAs for all four years in the Lightweight Women’s 8+ as well as setting 2k and 5k program records on the erg. Notably, she finished fifth at IRAs in the Lightweight Women’s 8+ in 2016, first at Dad Vails in 2015 and 2016, and third in the Head of the Charles in 2016. She placed third at the CRASH-B erg sprints in the Open and U23 Lightweight events in 2018. She was a two-time CRCA National Scholar Athlete and member of the IRA All-Academic Team.