WBC is extremely proud of its varied and accomplished coaching staff. 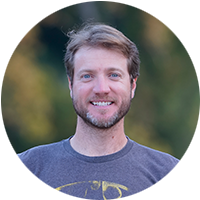 Stefan is a recent transplant to the Greater Philadelphia rowing community, originally hailing from Brazil, where he was a national champion and rowed for the Brazilian national team. Stefan’s rowing successes included being the Rio de Janeiro State Champion and Brazilian National Champion in Junior and U23 from 1996-2004, and participating in U23 World Rowing Championships in 2002 in Genoa, Italy.

Stefan is passionate about teaching and seeing people improve, so he has studied long about body-mind balance, nutrition and sports physiology. He sees coaching as the ultimate fulfillment, since it combines a variety of aspects in knowledge, wisdom, skill, entertainment and, if done right, renders for self-improvement, which is all one can hope for.

In addition to his head coaching duties at Whitemarsh, Stefan also is the head coach of the Owen J. Roberts high school crew team, where he led the Wildcat girls to a first place national championship win at the SRAA nationals. He also assistant coaches at the Carnegie Lake Rowing Association masters’ program in Princeton, and at Craftsbury rowing in Vermont in the summer.

Before moving to Pennsylvania, Stefan was the head coach of the Caloosa Coast Rowing Club in Florida, and led a recruiting effort in the area to teach indoor rowing to over 3,000 high school students. He also served in sunny California as the head coach for the novice women’s team at the Long Beach Junior Crew, and assisted the women’s varsity team to win national championships.

Stefan is founder of the PEACH Initiative (Physical Education and Activity Community for Health) in Cape Coral, Florida. The initiative is a hub for sport and health information to help support a better future for kids and to educate people about holistic wellness. The effort helped to connect the Fort Myers community to indoor and outdoor rowing, yoga, meditation, beach tennis, and more.

In his home country of Brazil, Stefan was director for Concept2, in which he served as a consultant for clubs, coaches, fitness centers and individuals, and organized national indoor rowing events, including the Indoor Rowing Nationals and even specialized training for the military police in advance of the Rio Olympics! He has also served as a consultant for the Brazilian Rowing Federation, recruiting across the country for rowing programs, speaking and teaching at national sporting events.

Off the water, Stefan is a personal trainer, designer and video editor, with degrees in Industrial Design from the Centro Universitário da Cidade of Brazil, and a degree in Physical Education from Universidade Estácio de Sá. 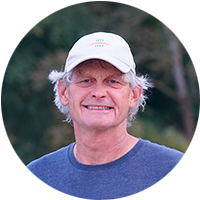 Art brings with him a literal lifetime of rowing experience. He has been involved with the rowing community since the 1960’s and has seen success at every level. As a high school student, he rowed for Groton School in Massachusetts. He went on to row for 4 years in the men’s varsity 8+ at Dartmouth College. Upon graduation, Art left New Hampshire and made his way to Philadelphia’s own Vesper Boat Club where he competed at the Elite level for nearly 10 years. During his time as an elite rower he won multiple National Championships in both sweep and sculling events. To this day you will find Art rowing his single nearly every day.

His coaching resume is even more impressive, if you can believe that. He has coached everything from high school novices, to collegiate varsity, to high performance, world championship teams. If you are at all familiar with the Philadelphia scholastic rowing scene you have seen one of Art’s boats winning a race. For 19 years he was Associate Head Coach at Malvern Preparatory School. During his time at Malvern Prep, Art has helped produce more than 20 National Champion crews and has seen over 40 of his rowers graduate and go on to row for Division I varsity programs. Art has also coached sculling at Lower Merion High School, and assisted at Bryn Mawr College over the past five years.

He has coached Whitmarsh Masters for over seven years.

Kirk rowed as a member of the Michigan State University men’s Rowing Team from 1979-1983 where he was the captain of the Men’s Heavyweight team, Rowing Club President and a coach on the Learn to Row Program. He attended the National Team Rowing camp in 1981-1983. After moving to Philadelphia in 1983 Kirk became a member of the Vesper Boat Club and began rowing on the Senior Elite Team until 1987. In 1988 he became a Vesper Boat Club Master’s Men’s Rower and continues to row with Vesper Boat Club where he also serves as a third term Board of Directors member. Kirk has rowed in and won numerous regattas throughout North America as well as in Monaco. Outside of continuing to row as many mornings as possible he works with Boy Scouts of America troops and has two children in the Lower Merion School District. 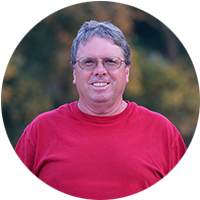 Joe Sullivan has been involved in rowing for over 35 years. He began rowing as junior at Monsignor Bonner H.S in 1978. He then went on to row 4 years at Temple University where in 1983 he was a member of Temple’s first Dad Vail Champion Men’s Varsity Heavyweight 8. During the summers while in college and then year-round after graduation he rowed for Vesper Boat Club on their lightweight team. While at Vesper he won several USRowing National Championships and Royal Canadian Henley Regatta gold medals.

Joe began his coaching career with Harriton H.S. in 1984. In 1987 3 of the 4 boats that went to the SRAA Championships won medals; the highlight being his Boys Varsity 4+ bringing home gold. Since then he has coached several other places that span all levels of rowing in both sweep and sculling. He has mainly coached high school teams, some of which he helped start, and junior club teams. Joe has also coached college, club and masters teams. Over the span of his coaching career Joe has helped guide numerous crews to medal winning performances which include many championship races. He has had 13 crews qualify for the USRowing Youth National Championships. He has also coached at least 14 rowers at some point during their high school rowing who have made the Junior National Team. Also many of the rowers he has coached have gone on to successful college careers, many on scholarship.

In addition to coaching competitive rowing Joe has also taught numerous people to row. He has run Learn-to-Row Programs for middle school age children from as young as 9 and 10 years old to adults in their 60’s and 70’s, plus at least one man in his 80’s. Many of his students have continued rowing after their course by joining a club or high school team. They have gone on to have successful racing careers of their own.